Sipping a glass of wine and drinking a beer could cost a lot more in Oregon under a proposed bill that would increase alcohol taxes by as much as 3,000 percent to pay for substance abuse prevention and treatment programs. 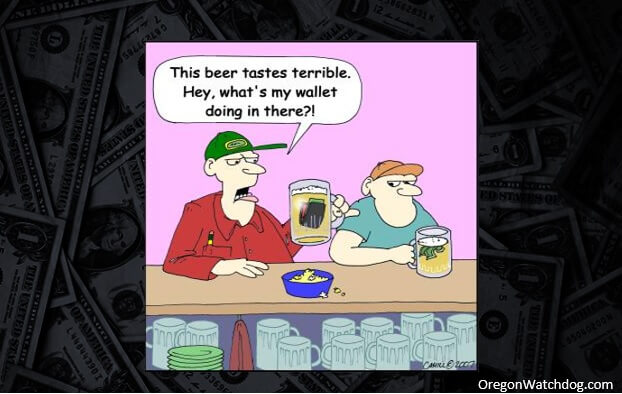 This 3000% alcohol tax could come on top of the Gov. brown’s $273 million small business tax which would hit some local brewers twice with new taxes!

Oregon’s beverage industries describe these taxes as a great start in killing the Oregon beer, wine, and cider sectors.