Donor privacy began during the 1950s when government tried to force the NAACP to disclose its donors so they could be harassed.   The US Supreme Court defended them then, and the US Supreme Court defends them again today in Americans for Prosperity Foundation v. Bonta.  The NAACP along with other liberal liberal and conservative groups (ACLU, PBS Reno, CATO, US Chamber, etc.) supported donor privacy. 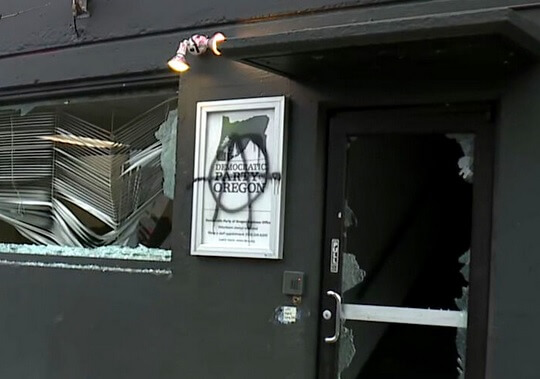 Furthermore, political harassment and political violence is a problem in Oregon.

The Wall Street Journal Editorial Board applauds the decision:

“Americans who give money to any polarizing cause—say, gun rights, abortion or religious liberty—can sleep a little easier tonight thanks to the Supreme Court’s 6-3 ruling on Thursday in defense of donor privacy. Given the threat lately of being publicly canceled for having the wrong views, it’s vital that the First Amendment protect anonymity.

For years California has told nonprofits they must hand over lists of their major donors, simply as a condition of doing business in the state. That’s unconstitutional, Chief Justice John Roberts writes for the majority in Americans for Prosperity Foundation v. Bonta. “The upshot,” he says, “is that California casts a dragnet for sensitive donor information from tens of thousands of charities each year.”

California claimed it needs this data to police fraud. The Chief cites a lower court’s finding that there was not “a single, concrete instance” in which pre-collected donor details advanced the state’s enforcement efforts. Besides, California could get the same information on a case-by-case basis using subpoenas or audit letters. The state, the Chief says, wants to create a donor-data haystack “for its own convenience,” which isn’t a good enough reason.

California pledged to keep the information private, but it manifestly failed. During the litigation, thousands of pages of supposedly confidential documents were found publicly available online. At one point the state accidentally posted names and addresses for hundreds of donors to Planned Parenthood Affiliates of California. This creates risks, the Chief Justice says, since the petitioners and their supporters “have been subjected to bomb threats, protests, stalking, and physical violence.”