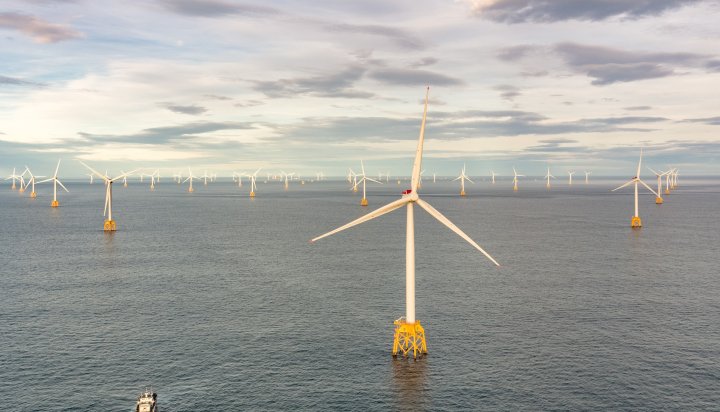 It’s just one takeaway she brought back from attending the Glasgow Climate Change Summit (COP 26) in Scotland in November.

The windy country now gets an enormous amount of electricity from off shore wind turbines. A recently finished project with 84 turbines is capable of producing enough power for 450-thousand homes.

“Seeing what they are doing offshore in Scotland was an eye opener, and we should be taking advantage of the technology that’s being used in other countries and frankly implementing it here,” said Gov. Brown.

A study is underway in Oregon on how to best implement that idea.

Gov. Brown has also been thinking about the heat dome that caused Oregon to reach record temperatures last summer, and how to protect the vulnerable while holding down electricity use. She wants to use federal money to buy low-income households heat pumps, not air conditioners, to keep them cool in the summer and warm in winter.

“It’s a really wonderful, concrete example of where we can expand our investments in ways that will help Oregonians. Particularly our most vulnerable low-income Oregonians and at the same time tackle climate change,” she said.

The governor also came back even more determined to protect the Pacific Ocean and its wildlife from the impacts of global warming.

“It’s working with organizations, particularly organizations, for example, that are working to reinstate sea otters that help keep the balance in terms of coastal species,” said Gov. Brown.

The Elakha Alliance is working to re-introduce sea otters off the Oregon coast. The group released a video explaining that sea urchins eat underwater kelp forests, which absorb carbon dioxide from the atmosphere. According to the group, sea otters would eat the urchins and allow kelp to flourish.

“The transportation sector is truly the largest single source of greenhouse gas emissions in Oregon. Obviously, pollutants from diesel and gas engines pose immediate risk particularly for vulnerable communities in Oregon,” she said.

It is not a new topic, and the state is not doing well in hitting established goals. On Dec. 1, The Oregonian reported reported the state has almost no chance of hitting its electric vehicle goals. Still, Gov. Brown insisted some progress is being made.

“We have moved substantially greater numbers of our fleet supply to hybrid vehicles, but again you have cost issues and you have infrastructure, [like] EV charging station issues, just like every other user has. So, what is so important is that we leverage these federal dollars, get them on the ground as quickly as possible and make sure that there’s EV infrastructure charging stations that are consistent throughout the state of Oregon, and frankly throughout the entire western region,” said Gov. Brown.

The governor also is thinking about farms and big equipment like combines.

“How do we electrify our agricultural sector? I think we can do it relatively quickly and with the federal funds that are arriving in Oregon the move to electronic tractors. And I just think it would be a boon for our rural economies,” she said.