America’s working men and women have faced unprecedented challenges over the course of the pandemic, and on Labor Day, we shouldn’t only be remembering their dedication but redoubling our efforts to protect their individual rights in the workplace.

That means there is work to do in Oregon, because it is one of the 23 states lacking a “right-to-work” law. In your state, union officials are granted the power to legally threaten a worker to pay up or else be fired. By imposing a monopoly bargaining contract, all employees in a unionized workplace, even those who reject union membership, can be forced to pay union fees as a condition of employment. 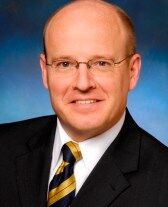 The vast majority of Americans recognize that this is just plain wrong. From year to year polls consistently show that many Americans reject the idea that someone should be forced to bankroll unwanted union boss activities just to keep his or her job.

In addition to falling short in protecting workers’ rights, forced-unionism states fell painfully behind their right-to-work counterparts in recovering from the economic disruption of COVID-19.

According to U.S. Department of Labor stats from July, from April 2020 to last April, right-to-work states posted a recovery in manufacturing payroll jobs roughly 60% stronger by percentage than the one forced-unionism states had during the same time period.

Sluggish job growth in forced-unionism states was not limited to just the pandemic recovery. A National Institute for Labor Relations Research analysis points out that, from 2020 back to 2010, employment in states lacking right-to-work protections increased by only 2.4%, paling in comparison to right-to-work states’ 11% jump in the same decade.

It’s no surprise, then, that right-to-work states passed the milestone just last year of now playing host to the majority of employed people in the United States, according to the Department of Labor’s household survey. And people don’t just flock to right-to-work states for the jobs: The NILRR analysis points out that, based on Bureau of Labor Statistics data, the mean after-tax household income in right-to-work states is about $4,300 higher than the average for households in forced-unionism states, after adjusting for cost of living.

Business experts also regularly point out that right-to-work plays a major role when a company is deciding where to expand an existing plant or facility or where to create a new one. In the manufacturing sector alone, the NILRR analysis notes, payroll employment in right-to-work states grew by 9.1% while falling by 0.2% in forced-unionism states, during 2010 to 2020.

A wealth of data supports the idea that right-to-work works for both employees and businesses, but the protections exist first and foremost to safeguard each individual worker’s right to decide freely whether union officials deserve financial support.

And of course, right-to-work does nothing to stop workers from affiliating with a union if they choose to voluntarily. In fact, right-to-work presses union bosses to become more accountable, as they know that they can’t depend on government-granted power to keep employee money rolling into their coffers, and that they must instead earn that support by being responsive to their needs.

The working men and women of Oregon and America as a whole deserve this kind of protection. So this Labor Day, consider the benefits of right-to-work and demand your elected officials embrace worker freedom and economic opportunity.