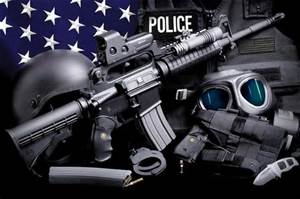 buildings is gaining political momentum in the Oregon House.

The House Rules Committee heard a proposal to combine elements of two bills, one awaiting a vote of the full House and a second that has already passed the Senate. If it happens, the House would have to take only one vote, instead of two, on a firearms regulation bill — and the Senate would have to vote only on whether to accept the final version.

“In this legislation we kind of mash them together,” House Republican Leader Christine Drazan of Canby, who sits on the committee, said during a presentation Wednesday, April 21.

Republicans were already dead set against House Bill 2510, which awaits a vote of the full House scheduled April 26. The House Health Care Committee advanced it March 30 on a party-line vote.

That bill would require the storage of firearms with trigger or cable locks, in a locked container or in a gun room. An offense is a Class C violation, which carries a maximum fine of $500, unless someone under age 18 obtains access, in which case it is a Class A violation with a maximum fine of $2,000. No jail time is imposed for violations.

Its chief sponsor is Rep. Rachel Prusak, D-West Linn, who has advocated it on behalf of a constituent since her election in 2018. She said she would support it becoming part of a broader bill.

“No one is under the illusion that enacting a safe storage law will stop all gun violence,” Prusak said. “Many responsible gun owners already lock up their guns. The goal of this safe-storage firearms bill is to change the behavior of the portion of gun owners whose careless actions lead to death and injury of others.”

The Rules Committee proposes to combine it with a narrower version of Senate Bill 554, which passed the Senate on a 16-7 vote March 25. All votes for it came from Democrats; one Democrat joined six Republicans against it, and the rest were excused or absent.

The original bill would bar all firearms would be barred from state buildings, including the Capitol, and local governments would have the option of barring them from their own buildings. In essence, the ban would apply to the estimated 300,000 holders of concealed-handgun licenses, who are now exempt from weapons bans in public buildings.

The proposed amendment would narrow the scope of the Senate bill.

The proposed ban would apply to the Capitol, but not other state buildings. (State courts, which are often in buildings maintained by counties, already ban weapons by orders on the presiding judges.)

It would allow boards of the seven state universities, 17 community college districts and 197 school districts to bar firearms from their buildings, but not their grounds. Unlike the Senate-passed bill, cities, counties and special districts would not be allowed to bar firearms borne by concealed-handgun licensees.

Sen. Ginny Burdick, a Democrat from Portland and a longtime supporter of firearms regulation, said the proposed change goes too far.

“I’ve been in this process a long time, and I understand the necessity for compromise,” she said at a Rules Committee hearing. “But the amended version goes way too far in terms of weakening the bill.”

Though the proposal would still bar firearms inside the Capitol, she said, “In the climate we live in, state buildings need to be included.”

She also said if school boards have discretion to bar firearms from their buildings, their grounds need to be included, “because sports activities can get pretty hot, as we all know, and they need to be covered.”

As passed by the Senate, public sidewalks and streets are excluded from regulation.

“It only seems appropriate for us to give local control to school boards, community colleges and universities to make the determination what is best for them and their properties, not just their buildings,” he said.

The House committee is considering other amendments, including one by Rep. Brian Clem, D-Salem, that would enable local governments to regulate firearms in public parks. He also proposed an amendment that would do away with state preemption of most local firearms ordinances — a law that dates to 1995 — but conceded it would go nowhere.

In 1998, two died and 25 were wounded at Thurston High School in Springfield after expelled student Kipland Kinkel shot his parents to death. Kinkel, who was 15 at the time, is in a state prison. In 2015, an assistant professor and eight students died, and eight were wounded, by a student gunman at Umpqua Community College near Roseburg. The gunman took his own life.

“This bill makes a clear opportunity for Oregon leaders to show our young people that we hear them and we care about their safety,” Rosenblum said to the committee. “It takes a small but important step in ensuring that Oregonians can learn safely without the threat of gun violence.”