Nicholas Kristof, New York Times columnist and author, is the latest person to take an official step into the wide-open 2022 race for governor of Oregon.

Kristof filed Tuesday to create a campaign committee. Eight Democrats, counting Kristof, and 12 Republicans have established committees that enable them to raise money for the May 17, 2022, primary election. The candidacy filing deadline is March 8.

Minor parties follow a different nomination procedure that will qualify candidates for the general election ballot after the primary. 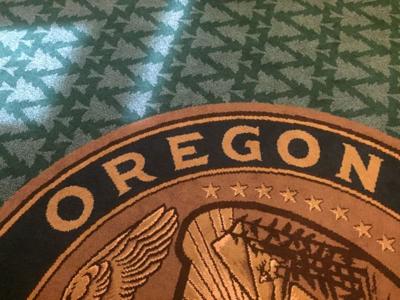 Democratic Gov. Kate Brown is barred by term limits from seeking re-election. She will have been governor almost two full terms, minus the 38 days that John Kitzhaber served of his fourth term before he resigned in 2015 amid an ethics scandal, when she leaves office on Jan. 9, 2023.

Brown was secretary of state when she succeeded Kitzhaber. She was elected in 2016 for the two years remaining in Kitzhaber’s fourth term, and re-elected in 2018 for a term on her own.

Kristof, 62, was born in Oregon and raised on a farm in Yamhill County that is still within his family. He lists an address in Yamhill as his residence.

He signaled his intent to explore a potential candidacy this summer when he took a leave of absence from the Times, where he has worked since 1984 and has been an opinion columnist since 2001. He has won two Pulitzer Prizes, one of them shared with his wife, Sheryl WuDunn, now a business executive who also is a coauthor with him on their five books.

The Oregon Constitution specifies that a candidate for governor must be at least 30 and a resident of Oregon for three years before election.

The campaign treasurer for Kristof’s committee is Liz Wilson, founder of Imperium Political Strategies and a former finance chair for U.S. Rep. Earl Blumenauer, who has been Oregon’s 3rd District member since 1996.

Among other prominent Democrats who have declared candidacies are state Treasurer Tobias Read of Beaverton, House Speaker Tina Kotek of Portland, Yamhill County Commissioner Casey Kulla and Patrick Starnes of Brownsville, who was the Independent Party nominee for governor in 2018 before he dropped out and endorsed Brown.

Other Democrats are Wilson Bright of Portland, who is not employed; Michael David of Ashland, who bills himself as the “Jewish Messiah,” and Michael Trimble of Portland, a customer service representative for Care Oregon.

Dr. William “Bud” Pierce, a physician in Salem and the 2016 Republican nominee against Brown, is among the 12 GOP candidates who have established committees.

Among other prominent Republicans are Bridget Barton of Lake Oswego, a self-employed publisher and columnist; Jessica Gomez of Medford, a businesswoman and one-time candidate for the Oregon Senate and Medford City Council; Mayor Stan Pulliam of Sandy, and Marc Thielman, superintendent of Alsea School District.

Other Republicans are John Fosdick III of Albany, who is not employed; Nicholas Hess of Tigard, self-employed; Jim Huggins of Redmond, a film producer and director; Kerry McQuisten of Baker City, a self-employed publisher; Brandon Merritt of Bend, a self-employed fundraising and marketing consultant; Amber Richardson of White City, a licensed massage therapist, and Paul Romero of Roseburg, president of Youwalk Today, a manufacturer of a wheelchair that helps people to walk as part of their physical rehabilitation.