Oregon House lawmakers could vote as soon as Monday (April 12) on a proposal to require gun owners to safely store their weapons and report any firearms that are lost or stolen. [OCL Editor’s update; this bill’s reading has been changed to April 19th, 2021. Emails can be sent to the committee members listed at the end of this article]

Gun safety advocates have tried for several years to pass those mandates, known as the “Cindy Yuille and Steve Forsyth Act” after the two people killed by a gunman who opened fire at Clackamas Town Center in December 2012. The man who opened fire at the mall used a semi-automatic rifle he had stolen that morning. 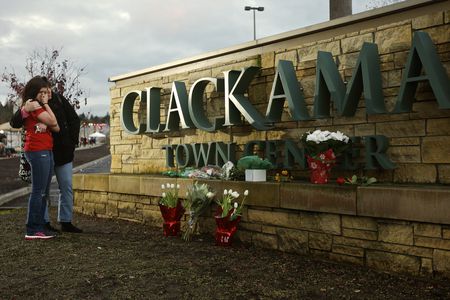 It’s unclear exactly how soon House Bill 2510 will come up for a vote because minority House Republicans continue to insist that most bills be read aloud in a process that can take hours or days, depending upon the bill. Four bills are ahead of the gun control proposal in the voting queue for Monday, and the House is scheduled to hold two to three floor sessions a day all week to get through the bill reading.

Republicans on the House Committee on Health Care all voted against sending the bill to the full House for a vote, but Democrats hold majorities in the Legislature and on that committee.

Republican lawmakers said at a March 30 committee meeting that mandating secure gun storage would make it difficult for people to quickly defend themselves, and they opposed a provision to make people who violate the proposed law liable for injuries that result. Rep. Cedric Hayden, R-Roseburg, said one of his constituents recently used a gun to scare away people who broke into the person’s home.

Democrats cited the role of unsecured firearms in injuries to children, including suicides. Rep. Andrea Salinas, D-Lake Oswego, referred to a recent suicide by a teenager in her district, and Rep. Wlnsvey Campos, D-Aloha, noted that a 3-year-old boy in her district died in October after shooting himself in the head with a gun that he found in an Aloha home.

Democrats said they heard from constituents who said House Bill 2510 would not go far enough because people who violate the proposed law would not be subject to criminal charges, but they described the fines and liability the bill would impose as an appropriate compromise.

Supporters’ attempts take a gun storage ballot initiative to voters repeatedly stalled for various reasons, and Gov. Kate Brown killed an omnibus gun safety bill containing the provisions in 2019 in order to get Senate Republicans to end their walkout and allow a vote on a new business tax to boost education spending.

Unlike earlier proposals, House Bill 2510 would allow gun owners to store weapons in a “gun room” that is kept securely locked when it is unoccupied, in addition to using cable and trigger locks and locked containers such as safes.

Firearm owners would be required to report any weapons lost or stolen within 72 hours.

Under the proposal, failure to follow the law would be a violation punishable by a fine. For example, if a minor obtained a firearm that the owner knew or should have known that minor could access, the owner would be subject to a Class A violation which currently carries a fine of $225 to $2,000.

A gun owner would be liable for a period of two years under the proposed law if someone was injured by a person using an incorrectly stored firearm — for example, if a handgun that was left in plain view in a vehicle was stolen and used six months later to shoot someone.

Nonpartisan legislative staffers noted in a report accompanying the bill that “among U.S. adolescents and young adults 10-24 years old, gun homicides are the third leading cause of death; gun suicides are the second.”

Access to guns makes children more likely to succeed when they attempt to kill themselves; 90% of suicide attempts with guns are successful, “compared to less than five percent of suicide attempts using less lethal means, like medications or sharp objects,” staffers wrote.

Opponents and supporters of House Bill 2510 submitted more than 380 pieces of testimony, with some people weighing in multiple times.