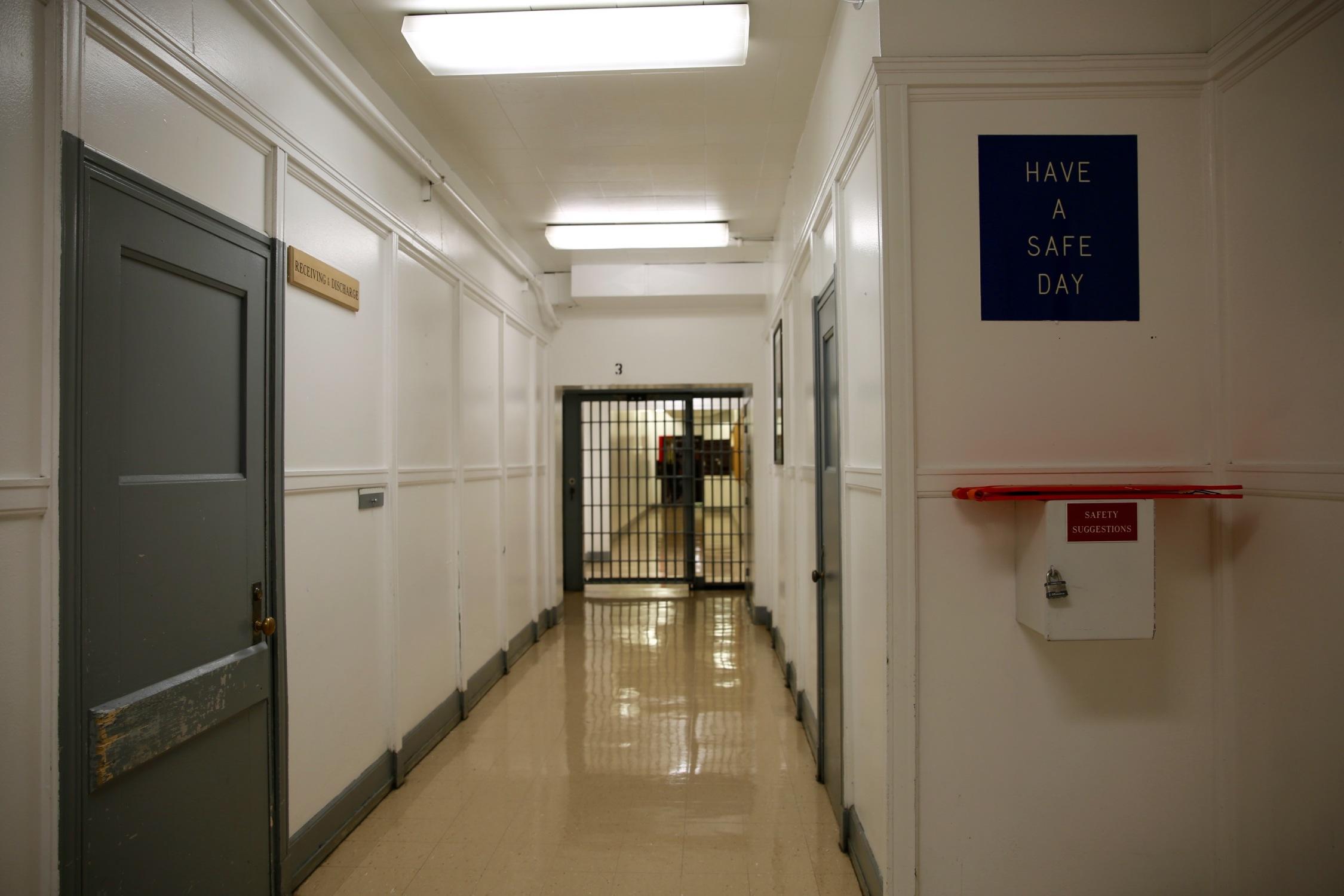 The Oregon State Penitentiary in Salem is the oldest prison in Oregon and the only maximum security institution currently operated by the Oregon Department of Corrections. Ericka Cruz Guevarra / OPB

Oregon would become the third state in the nation to allow prisoners to vote under two bills before the Legislature this year.

In proposals that would put the state in the vanguard of a renewed debate over enfranchisement and inequity in the criminal justice system, House Bill 2366 and Senate Bill 571 would restore voting rights to the roughly 12,600 prisoners in custody around the state. The bills would also allow inmates to register to vote in their last place of residence prior to being incarcerated.

The idea would make Oregon an outlier. Only Vermont, Maine and the District of Columbia currently allow all imprisoned felons to keep their right to vote, and states that have restored some voting rights to people convicted of felonies in recent years have typically taken much smaller steps.

Since Oregon already allows people to vote once they’re out of prison, it’s already less restrictive than many other states. But lawmakers backing the idea say allowing prisoners to vote would be a positive change. They note that the state’s prison population is far less white than the state’s population as a whole, and say current policies serve to disenfranchise people of color.

“It does a few things that just feel right,” said state Rep. Andrea Salinas, D-Lake Oswego, a chief sponsor of both the House and Senate proposals. “It reconnects felons back to their communities. It gives them a reason to have what feels like a more restorative justice process.”

But the proposals — each sponsored by 15 Democratic lawmakers — could prove too great a shift, even in a year when voting accessibility is a focus. Some of the state’s central cheerleaders for expanded voter access have questions.

“This is an issue that I think from an expanding voter access standpoint is very important,” Secretary of State Shemia Fagan, who administers Oregon elections, told lawmakers earlier this week when asked about the proposal. “Just being frank with you, I share heartburn as many of you perhaps do at the thought of some of the folks who are incarcerated for some of the most heinous crimes [being allowed to vote] … I would need to hear the public testimony to be persuaded on why it’s important to expand this civil right to everybody.”

The prison voting bills are part of more than a half-dozen ideas for making voting more accessible that Democrats have introduced for the 2021 session. Other proposals include a long-discussed provision that would allow mailed ballots to be counted if they are postmarked — rather than received — by Election Day. Two bills, HB 2226 and HB 2687 would address that issue.

Meanwhile, HB 2679 would allow 17-year-olds to vote in primary elections, provided they turn 18 by the general election. If the bill passed, Oregon would join 18 states and the District of Columbia in extending some voting rights to people under 18, according to the National Conference of State Legislatures.

Another proposal, House Joint Resolution 11, would ask voters whether people should be allowed to register to vote on the same day as an election, rather than the current cut off 20 days before.

Those four proposals were slated to get a hearing in front of the House Rules Committee on Thursday afternoon. They’re aimed at helping Oregon achieve greater voter turnout, after a 2020 election in which a record number of citizens cast a ballot.

It appears the prisoner voting proposal will soon get a hearing as well. State Sen. Floyd Prozanski, D-Eugene, chairs the Senate Judiciary Committee that would take up the matter, and also signed on as a sponsor to SB 571. He told OPB he became interested in the concept after a 2017 trip to Norway, where he and other Oregon officials learned about the country’s criminal justice system.

“We will be scheduling hearings,” Prozanski said. “Just because someone has violated the law, it doesn’t seem appropriate to me to outright strip them from voting.”

Lawmakers who support allowing state prisoners to vote acknowledge that it could be a tough sell. State Sen. Michael Dembrow, D-Portland, said he first became interested in the issue in early 2020, when he and other lawmakers visited a Salem prison to hear from inmates.

“One presentation that somebody did was on the idea of restoring voting rights,” Dembrow said. “I have to say, my initial reaction was, ‘Whoa boy, I don’t know.’ I had to wrap my head around it. By the end of his presentation, actually, he gave me a lot of reasons to take it seriously.”

Dembrow has since learned that plenty of countries allow some or all prisoners to vote, including Canada and many European nations. “It is in a number of countries seen as an important part of rehabilitation,” he said.

Given the bills’ low profile, it’s unclear what opposition the proposals will face if they move forward. Advocates for crime victims or district attorneys could see the bill as overly lenient on criminals. The Oregon District Attorneys Association did not respond to an inquiry.

Meanwhile the ACLU has made prison voting a national issue, and Oregon’s prison reform organizations are likely to support a proposal.

The Oregon Department of Corrections, which would be responsible for facilitating voter registrations and voting under the proposals, said Thursday a change to voting laws could impact its mailroom operations.

“Ballots, voter’s information pamphlets, and possibly mail sent by political candidates would be delivered through the mailrooms to adults in custody (AICs),” spokeswoman Jennifer Black said in an email. “AICs would vote and seal their ballots, sending them back out through the mailrooms. We anticipate an additional workload for our mailroom employees as they try to process thousands of pieces of mail in and out of the institutions in a short time frame.”

The DOC doesn’t plan to testify on the proposal, Black said.