The bill requires the state’s electrical grid to rely on renewable energy. [One would think this would put an instant stop to removing the RENEWABLE ENERGY hydroelectric dams in Klamath River, but is that even mentioned?  No, of course not.]

On the first of three days of 110-degree temperatures that shattered records and killed at least 107 people in Oregon, the Legislature passed an ambitious timeline for halting carbon emissions from the state’s power plants and electrical grid. House Bill 2021, which Gov. Kate Brown is expected to sign, comes after two years in which Democrats faced walkouts by Republicans over a much broader carbon cap.

“On one hand, I feel overjoyed and incredibly proud of the coalition that won HB 2021,” says Rep. Khanh Pham (D-Portland), a chief sponsor of the bill. “But it’s really hard to feel joyful when we’re in this particular moment, when we’ve just survived this deadly heat wave that killed hundreds of people in the Pacific Northwest.”

WHAT DOES IT DO? 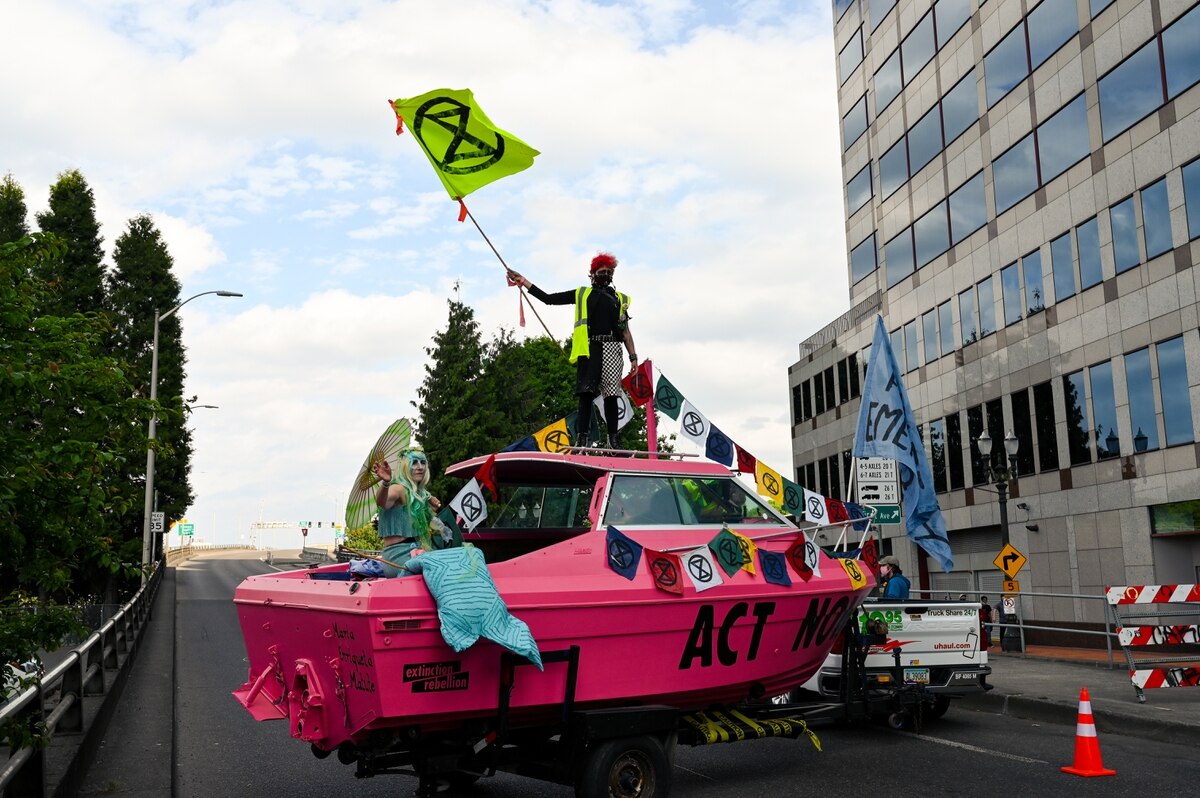 It sets an aggressive timeline for eliminating all carbon emissions from power companies by 2040. In other words, [in other words, it raises your utility rates] it requires the state’s electrical grid to rely on renewable energy—such as solar panels and wind farms—within 19 years. [We have renewable hydroelectric dams working right now, already paid for by taxpayers]  It also invests $50 million in such renewable energy projects in communities outside of Portland.

Unlike the vastly more ambitious climate bills presented in 2019 and 2020, fiercely opposed by trucking and logging companies, HB 2021 gained the favor of the industry it regulates: Oregon’s biggest utilities, Pacific Power and Portland General Electric. “This Clean Energy Standard framework leans into the policy and market trends we are witnessing and have been adapting our business to for several years now,” wrote Scott D. Bolton, a senior vice president at Pacific Power, in submitted testimony April 6. “This pathway to 100% [renewable energy] won’t be easy, but this Clean Energy Standard strategy is comprehensive and keeps a focus on ensuring reliability, affordability, and delivering the best solutions for Oregon customers while achieving the ultimate goal of decarbonization.”

Only Democrats voted for it. One Democrat, Sen. Betsy Johnson (D-Scappoose), voted against it, along with every Republican who voted on the bill. Rep. Greg Smith (R-Umatilla) voted to pass the bill out of committee but was absent for the floor vote.

WHO ELSE HAS DONE IT?

Six other states have instituted timelines for eliminating carbon emissions, but just New York has a timeline with such urgency. (It also requires a complete transfer to renewable sources by 2040.) “It’s some of the most ambitious targets to move our electricity grid towards cleaner energy in the country,” says Rep. Karin Power (D-Milwaukie). “The thing that’s really stood out to me is the next generation of energy leadership in Oregon who’s stepped up to lead on this in partnership with our utilities. It is a smart piece of legislation with significant near-term investments in community renewables.”

The thermostat is rising, and even with supermajorities in the House and Senate, Oregon Democrats have been blocked from passing more ambitious climate legislation in past sessions, since Republicans walked out over the attempt to cap emissions from private companies.

But environmental advocates say the electrical grid is a good place to start setting limits: Other sectors of the economy will rely more on electricity if efforts to reduce carbon succeed. For example, as more cars come with electric plugs (one way transportation can reduce carbon emissions) and more buildings are heated with electricity rather than gas, the source of that electricity is foundational to any climate plan.

“It’s a critical piece of the climate puzzle,” says Nikita Daryanani, climate and energy policy manager for the Coalition of Communities of Color. “As the electrification of transportation through electric buses and electric vehicles and buildings too move forward, the benefits of having a 100% of the electric grid will continually increase. Transportation and buildings together, I think, make up a huge portion of Oregon’s greenhouse gas emissions.”

Posted at Willamette Weekly by Rachel Monahan on 7-7-21