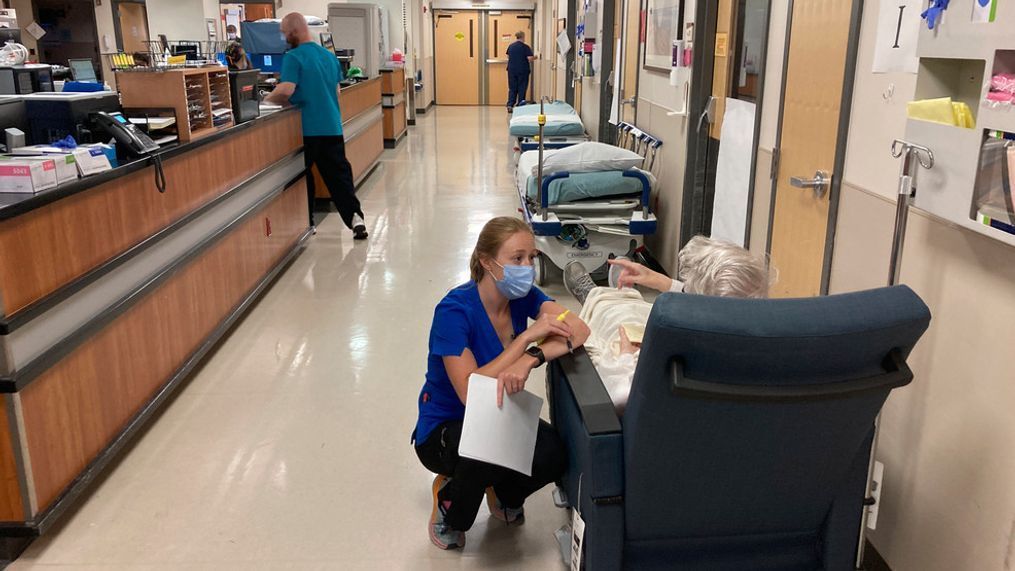 The chair of a legislative task force presented a plan to a panel of Oregon lawmakers Thursday (12/8/22) at the state Capitol that would fundamentally change health care insurance in Oregon and create a public system that would provide coverage for every person in the state.

Dr. Bruce Goldberg told the members of the Senate Interim Committee on Health Care that the proposed new program would cost less than the current health insurance system and would eliminate deductibles, co-pays, co-insurance, and other out-of-pocket costs for those covered by the state program.

“This plan removes obstacles that currently exists for equitable care. Everyone gets the same benefit. No longer do some people get some things and other people don’t get other things,” he said.

Lawmakers created the Joint Task Force on Universal Health Care in 2019. Its purpose was to provide recommendations for a first-in-the-nation single-payer health care system to cover all Oregonians. Since then, it has held multiple meetings and forums, led by Goldberg, to hash out ideas and collect public comment.

Separately, in November, Oregon voters approved Measure 111, which established a right to health care in the state’s Constitution. But that measure did not set up a system.

The plan developed by the task force has drawn criticism, notably from private insurers, who say there would be significant job losses, and it would burden people with higher taxes.

The task force acknowledged there are things that need to be studied and worked out. There are also hurdles that need to be overcome, especially in how Medicare, a federal program, would be integrated into the new system.

“Congress will need to change current federal law, or Oregon will need to secure a novel, unprecedented waiver of federal requirements,” the task force said.

One of the main features of what the task force is calling the Universal Health Plan is that the publicly run system would decouple health insurance from a person’s job.

Employers would no longer need to provide employees with health insurance, but employers could still offer a self-funded plan.

The program would be overseen by a nonprofit public corporation. It would be subject to Oregon’s public records law, which Goldberg said would mean it would be a transparent system.

The task force said the benefits covered under the plan could be the same as provided to public employees.

Notably, the plan would shift the system from a premium-based one to a taxed-base one.

“Contributions will be on the ability to pay,” Goldberg said.

He said it would be funded by combining existing federal revenue that comes through Medicare and Medicaid, and what the state spends on Medicaid, as well as other health care programs.

The remaining revenue would be generated from employer payroll and personal income taxes.

If such a plan were ever to be enacted, private insurers would likely have a more limited role in providing health insurance to people. In the eyes of the task force, there would still be a role for them in providing complementary insurance for benefits not covered by the Universal Health Plan, like for certain prescription drugs.

In a joint letter submitted to the task force over the summer, Regence, Kaiser Permanente, Pacific Source, Moda Health, and Providence Health Plan criticized the task force’s plan, expressing concern that it tries to do too much, there will be a “significant” loss of jobs, it will face costly legal challenges, and it will increase taxes for Oregonians while lowering the quality of care.

“In a state with a largely unstable tax-base and the inability to run a deficit, a program like single-payer health care is financially irresponsible,” they wrote.

They also said that in their experience Oregonians want affordable health care but don’t want a “one-size-fits-all plan.”

Oregon lawmakers start their six-month legislative session next month and will likely take up the issue in some form. The task force offered lawmakers several recommendations to tackle during the session including appointing a governing board and engaging the federal government on needed waivers.