Saturday may be New Year’s Day, but for hardcore political watchers, the first toot of a 2022 party horn also sounds the dawn of an election year full of numbers to remember and crunch. 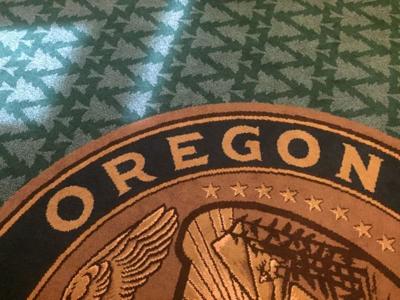 It’s 69 days until the March 8 deadline to file to run for most political offices.

And 139 days until the May 17 primary Election Day.

With more than two months until the deadline to jump into the fray, 28 people have already filed to run for governor.

After the primary, there will be one Republican and one Democrat who’ll move on to the general election. The three others are all trying to qualify for the Nov. 8 general election. Sen. Betsy Johnson, D-Scappoose, says she will shed the party label to run without a political party.

Governor candidates: What and where

Filings with the Secretary of State’s Office show the candidates for governor holding a cross-section of political offices and private jobs.

Among the candidates is the state treasurer, House speaker, House minority leader, a county commissioner, two mayors, a school superintendent, two artists, a journalist, an oncologist, a chiropractor, a cabinet maker, a software designer, a public policy adviser and one person who listed only “unemployed.”

Five candidates live in Portland, four are from Salem, three from Bend and two each from Baker, Clackamas, Jackson, Lane, and Yamhill counties.

Two have previously made it to the final round of voting for governor before. Bud Pierce of Salem was the 2016 Republican nominee in the special election for governor.

Patrick Starnes was the Independent Party nominee in the 2018 election.

Both Pierce and Starnes were defeated by Gov. Kate Brown, who can’t run again this year because of term limits. Starnes endorsed Brown in the late stages of the 2018 campaign.

This time around, he’s running as a Democrat.

In the end, it will come down to voters. According to the latest count by the secretary of state, in September 2021, there were 2,947,391 registered voters.

The big question mark is the 991,360 nonaffiliated voters.

Most were automatically registered to vote while getting a new driver’s license at the Oregon DMV, then didn’t mail in the card asking for their political party preferences.

The reality of “closed” primaries is that they leave nearly 1 million people out of the process of choosing who is most likely to make it to the general election ballot.

Everybody, regardless of party registration, gets to vote in the general election.

Of those who have registered with a party, the totals are:

Posted at the The Bulletin by Gary A Warner, Oregon Capital Bureau on 01-01-22