Portlanders want to see change in form of government, elections

The independent commission held a public information session last month featuring various organizations and Portland residents speaking up about what they would like to see reviewed within the charter. The two-hour meeting discussed topics such as electoral reform, possibly changing the city’s form of government, campaign finance reform and government transparency. 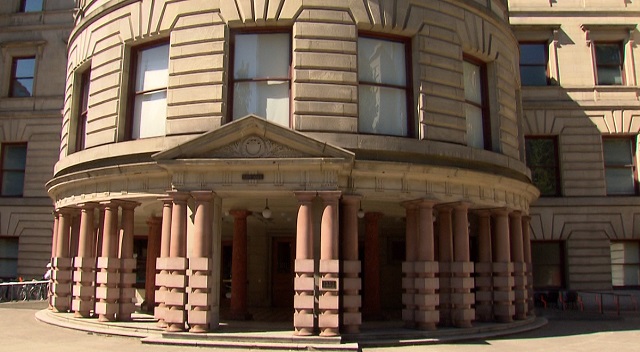 This was the first time Portlanders could give public testimony outside of written comment.

Sofía Álvarez-Castro, the commission’s engagement and communications coordinator, has been compiling public comment reports for commissioners to review.

“As comments come in, we have a system where we track them,” explained Álvarez-Castro. “If they’re on behalf of an organization or not, the type of comments, if they’re asking for information or submitting feedback.”

The commission plans on using public input to see what can be amended.

“We need to start defining what those topics are, so we can take time to study and to do meaningful engagement. And then, time to actually write the actual charter amendments,” said Álvarez-Castro.

So far, the commission has created two subcommittees to review the city’s form of government and council elections.

This didn’t stop residents from voicing their opinions on the current charter.

Donna Cohen, a resident in the St. Johns neighborhood, conducted a civic workshop with League of Women Voters of Umpqua Valley and said she was shocked to learn that Roseburg, Ore. – a town of 23,479 people – had a mayor and two people representing four districts.

“The ratio of governing elected official to resident is 50 times better than Portland,” Cohen said during public testimony. “We need to look at that and wonder why we are such an outlier in that.”

According to the U.S. Census Bureau, Portland has a population of 654,741.

Portland has the last remaining commission form of government among large cities throughout the nation. According to Portland city attorney Maja Haium, the issue has been on the ballot seven times since its adoption in 1913, but it has never been overturned.

Portland city charter up for review: What you need to know

In this system, voters elect commissioners citywide rather than by district. The City Council includes six elected leaders, including the mayor.

During the public information session, commissioners discussed other potential topics regarding the charter, such as expanding voting eligibility for young people.

With multiple issues to address in the charter, commissioners also met with city attorneys last week to know what is feasible as part of the review. Haium said that the U.S. Constitution would override the Portland city charter if there would be a conflict with a proposed amendment.

Portlanders will have another chance to give public comment during the virtual public information session starting at 6 p.m. on July 22.*

* OCL Editor’s note: Sign-ups for verbal public testimony for the July 22nd meeting is now full and closed, according to the Portland.gov’s website. If you’d like to give verbal testimony at their next Information Session on Aug 9, 2021, you may sign up at this link.