The Legislature issued an eviction order to itself on Monday, saying it had to wrap up its work and get out of the Capitol in under two weeks.

The official session calendar given to lawmakers says Friday is the target date to go home. 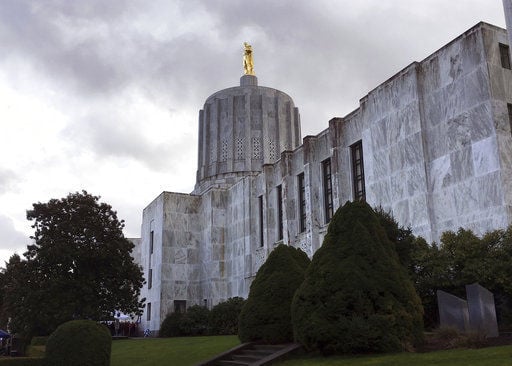 With fatigued lawmakers and staff eyeing the exits, the buzz that the House and Senate were close to calling it a year proved no more than very wishful thinking.

• Plans on how to spend billions of dollars are being cobbled together by the top budget committee, which will then need an up or down vote from the House and Senate.

• A suddenly yawning gap between the end of the state’s current rental eviction moratorium and the earliest a plan can get in place to get money for landlords to hold off from kicking tenants to the curb if they can’t pay their latest rent bill.

• Labor unions want bonuses for front-line workers who stayed on the job during the pandemic.

• Recovery from disasters in 2020 are still going on — wildfire recovery relief for those stuck in the wake of the Labor Day blazes that swept 1 million acres.

• Financial help for businesses that held on during the COVID-19 crisis but are running out of money and time to rebound during the busy summer season.

Neither COVID-19 or the fire crisis is over. Fire officials have predicted the 2021 fire season could cause major damage across the state because of drought conditions. And COVID-19 continues to “rage” through unvaccinated groups, according to OHA. There were just 127 new cases and no new deaths reported in Oregon on Monday. But demand for vaccination has dropped off significantly. Less than half of all Oregon residents have been fully vaccinated and there remains no federally-approved vaccine for those younger than 12.

So many unvaccinated people aid the incubation of new, more virulent variants. The United Kingdom cancelled a major reopening of businesses because of a sharp surge in cases linked to the new Delta variant first found in India.

Democrats are trying to get as much done as they can with the time left. There remain scores of bills and projects stuck in a conga line that stretches from the House to the Senate and back.

Any hiccup could end up with Democrats playing a game of chicken with the Oregon Constitution, which says lawmakers get 160-days to write, propose, vote, amend, and get a bill to Gov. Kate Brown. On Jan. 19, the clock starts ticking down 24-hours a day, seven-days a week, through weekends and holidays, fires, floods, ice storms and lightning strikes, pandemics and political pauses.

What started Tuesday, Jan. 19 must end by Sunday June 27.

Yes, Senate President Peter Courtney, D-Salem, on Monday introduced Senate Joint Resolution 24 on directing the legislature to adjourn. One thing missing: A date. The actual date and time is a fill-in-the-blanks amendment yet to come.

While not eager to say where the agenda might fall short, Democratic lawmakers in recent days have said it is unlikely that major campaign finance reform will be able to elbow its way into the final agenda.

Attempts by some Democrats to revise criminal sentencing laws to allow for more discretion on the part of judges has slowed to a stop, facing opposition from Republicans and some Democrats who support minimum sentences for major crimes.

One development that is welcome in Salem is the apparent end of walk-outs and slow-downs by the Republican minorities in the House and Senate.

Posted at Albany Democrat-Herald on June 14th, 2021 by Gary A. Warner