Long-delayed campaigns for the 2022 Oregon Legislature were given a green light on Monday by the state Supreme Court.

The justices dismissed a pair of lawsuits seeking to block a redistricting plan approved on Sept. 27 by the Legislature and Gov. Kate Brown. 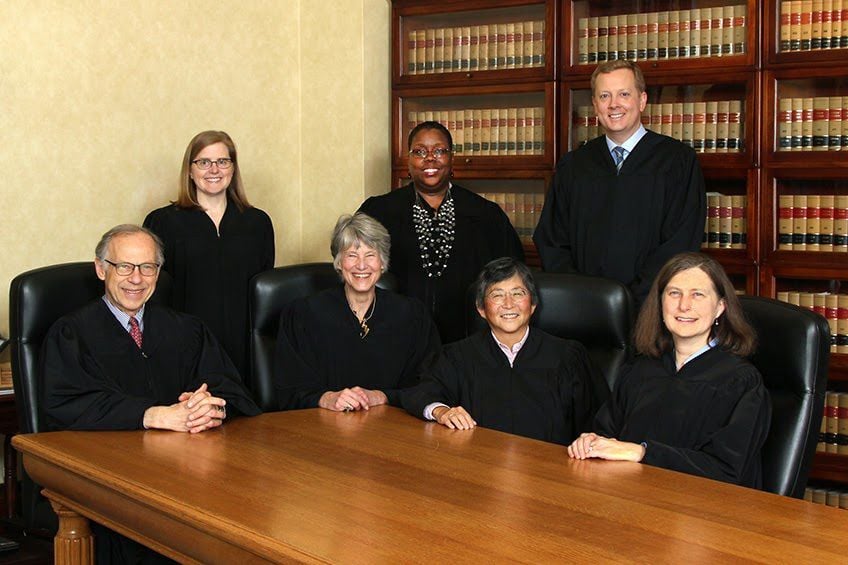 The filings claimed Democrats had drawn districts that would build on their current supermajorities in Salem. Democrats hold a 37-23 advantage in the House and have 18 of the 30 members of the Senate.

One lawsuit also claimed Rep. Marty Wilde, D-Eugene, was drawn into an unfavorable district to counter his aspiration to run for the Senate.

The Supreme Court decision said it would not dive into the litigants’ questions of political motivation without evidence of illegal intent.

“They rely on debatable and unsubstantiated assumptions about the reasons underlying the Legislative Assembly’s actions.”

The court’s opinion was written by Justice Chris Garrett, a former two-term House Democrat from the Portland area who was on a redistricting committee following the 2010 U.S. Census.

Support local news coverage and the people who report it by subscribing to the Corvallis Gazette-Times.

“In reviewing a reapportionment plan enacted by the Legislative Assembly, this court will not substitute its own judgment about the wisdom of the plan,” Justice Chris Garrett wrote for the court.

Monday’s decision clears the last roadblock to implementing new House and Senate district lines required by population changes in the 2020 U.S. Census. The new maps will go into effect Jan. 1.

They would be used for 10 years unless a proposed independent election commission initiative makes the 2022 ballot. If approved by voters, the commission could redraw districts again for the 2024 election.

The practical effect of Monday’s action is to allow incumbents to know which district they represent and challengers to finalize choices on where they will run. State law requires legislators live in their districts.

A separate lawsuit against the redistricting of congressional seats in Oregon is under review by a special panel of retired judges who will make a recommendation by Wednesday on the merits of the Republican claim of overtly partisan political mapmaking. The decision can be appealed to the Oregon Supreme Court. Under the U.S. Constitution, members of Congress do not have to live in their districts, just the state they represent.

Though the official window for filing to run for local, state and federal offices opened Sept. 9, candidates for the Legislature and Congress have been in limbo under a freeze on filings until districts were finalized and reviewed by the Oregon Supreme Court. While filing for office is symbolically and, in the end, officially important, the real nuts and bolts of running a political race — such as creating campaign finance committees to raise and spend money — were unaffected by the lawsuits.

The final day to file to run for office is March 8.

Candidates in both parties have increasingly acted in recent weeks as if the court would give its blessing to the new maps. Each move has set off a domino effect among Democrats and Republicans.

Several legislators have announced their retirement, while others are running for governor, congress or moving from the House to the Senate.

While candidates for Congress must file for office with the secretary of state, fundraising is controlled by the Federal Elections Commission. Included in the creation of a finance committee is a statement of intent to seek office.

Under a controversial congressional districting plan, the 5th Congressional District would shift east to run from the south end of Portland, cross the Cascades and end in Sunriver.

The latest name to show up in the FEC filings is Jimmy Crumpacker of Bend. He filed to run in the new 5th district.

In 2020, Crumpacker received the endorsement of Oregon Right to Life in the 2nd district GOP primary. He finished fourth out of 10 candidates.

U.S. Rep. Kurt Schrader, D-Canby, is the official incumbent of the district, though the district’s 2022 outlines have shifted significantly east from the current map.