Johnson is currently co-chair of the Joint Ways and Means Committee. Her looming run for governor as an independent cost her that position.

Senate President Peter Courtney (D-Salem) has stripped one of the Legislature’s most powerful and longest-serving members of her position as co-chair of the Joint Ways and Means Committee. 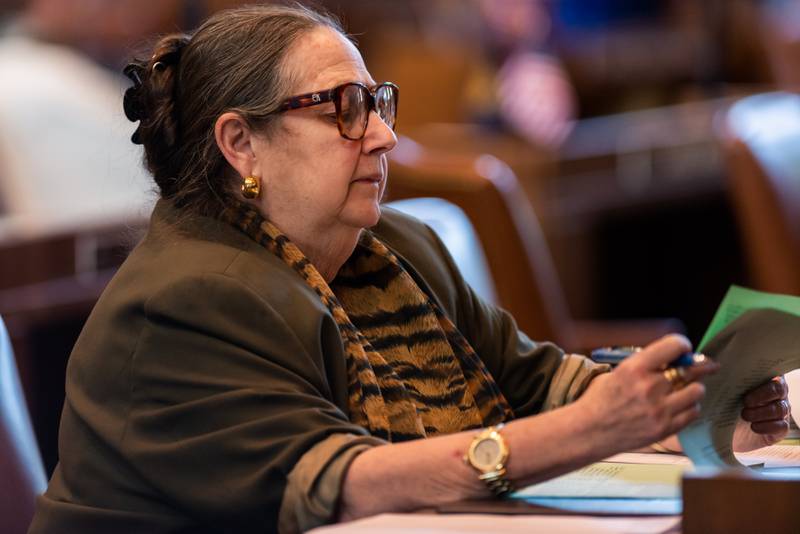 On Nov. 3, Courtney told Sen. Betsy Johnson (D-Scappoose), who entered the Legislature in 2001, that he was removing her from her role as co-chair of the influential, budget-writing committee, a position she has shared with her colleague, Sen. Elizabeth Steiner Hayward (D-Portland).

Along with the House co-chairman, state Rep. Dan Rayfield (D-Corvallis), Johnson and Steiner Hayward run the most consequential committee in the Capitol, the one that decides how the state’s money will be spent. Johnson has served on the Joint Ways and Means Committee since her first term in the House.

It was not clear what spurred Courtney’s decision, but Johnson has indicated she’s going to leave the party.

A registered Democrat and a careerlong moderate, Johnson announced in October that she plans to run for governor in 2022 as an independent, i.e., not affiliated with either Democrats or Republicans. That will allow her to skip the state’s partisan primaries in May and challenge the winners of the primary contests directly on the general election ballot in November.

Since Johnson is a longtime Democrat, many observers think her candidacy could take votes away from the eventual Democratic nominee and imperil Democrats’ hold on the governor’s mansion, which they have held since Democrat Neil Goldschmidt succeeded two-term Republican Gov. Vic Atiyeh in 1987 after defeating GOP nominee Norma Paulus.

In a statement, Johnson attributed her demotion to partisan considerations.

“Today, the extreme left of the Democratic Party canceled me as co-chair of the Ways & Means Committee. This intolerant purging represents everything wrong with Oregon politics,” Johnson said.

“It is a choice of ideology and partisanship over experience, knowledge, and common sense. This decision lays bare the need for an independent voice who will force the two parties to work together and put Oregon ahead of partisan politics.”

Earlier this week, Johnson opposed Democratic House Speaker Tina Kotek (D-Portland)’s push for a special session to extend protections against eviction to tenants who have applied for rental assistance and haven’t been paid. Kotek is also a Democratic candidate for governor, and rental assistance is the first key issue to emerge in the gubernatorial race.

Courtney said the decision to remove Johnson’s gavel was a logical result of her decision to change her party affiliation.

“We are preparing for our interim committees to meet,” Courtney said in a statement. “I have taken Sen. Johnson at her word that she plans to leave the party and the caucus. She will still be a member of Ways and Means and co-chair of a subcommittee.”