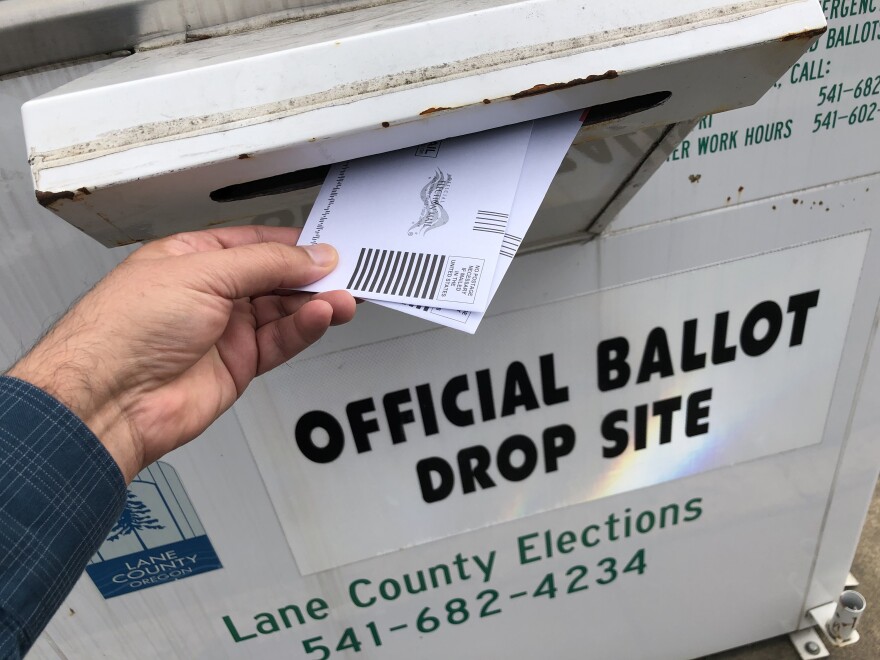 Supporters of a voting method that allows people to rank candidates in order of preference want to give Oregonians the chance to use the method in statewide elections.

It’s called “ranked choice voting.” In Oregon, it’s been used on a limited basis in Benton County. It’s used statewide in Maine and in some American cities.

Supporters of the method in Oregon have filed a pair of initiatives aimed at putting the question before voters this fall. The two initiatives are similar. Co-petitioner Blair Bobier of Corvallis said the only difference is that one of them would include the presidential election in ranked choice voting, and the other would not.

Otherwise, the ranked choice method would be used in all Oregon elections for members of Congress, as well as all statewide positions including governor, secretary of state, attorney general, treasurer, and labor commissioner.

Supporters of ranked choice voting say it allows voters to have a greater say in election outcomes. If no single candidate gets more than 50 percent of the vote in the initial count, then the candidate with the least support gets removed from consideration. Then, elections officials consider the second choice candidate on the ballots of people who voted for the person who was eliminated.

The process is repeated until one candidate clears the 50 percent threshold. It means the winner has at least some support from a majority of voters, even if that person wasn’t their first choice.

On a crowded ballot, it could help differentiate candidates with broad support from candidates who simply get a plurality.

“Without ranked choice voting, if you have a three-way race for governor, you could have somebody wind up winning with 35 percent of the vote,” said Bobier. “And you’ll never know if that candidate was really the candidate who was supported by the majority of voters.”

Oregon’s gubernatorial race will likely have at least three candidates on the ballot in November. Voters in the Democratic and Republican primaries in May will have even more choices, with about a dozen candidates in both parties already having filed to get on the ballot.

Bobier and his co-petitioner, Eileen Reavy of Portland, will need to gather more than 112,000 valid signatures in less than six months in order to qualify for the November ballot. And that effort can’t start in earnest until the initiatives are approved to circulate, a process that could take months. In other words, it’s an uphill climb to simply get the question before voters this year.

“We’re not that concerned if we don’t, because what we’re doing is we’re starting a conversation about this,” said Bobier. “And we’re also providing a template for the legislature to use. So if we don’t put this on the ballot in 2022, we think that the legislature should take this up in 2023.”

If voters approve, the first statewide election to use ranked choice voting in Oregon would be the 2024 primary.