The bill is partly named after Nicolette Elias, a 46-year-old Portland woman fatally shot by her ex- husband Ian Martin Elias in her Southwest Portland home in 2014. A court had granted her restraining orders and a temporary stalking order against her former husband. 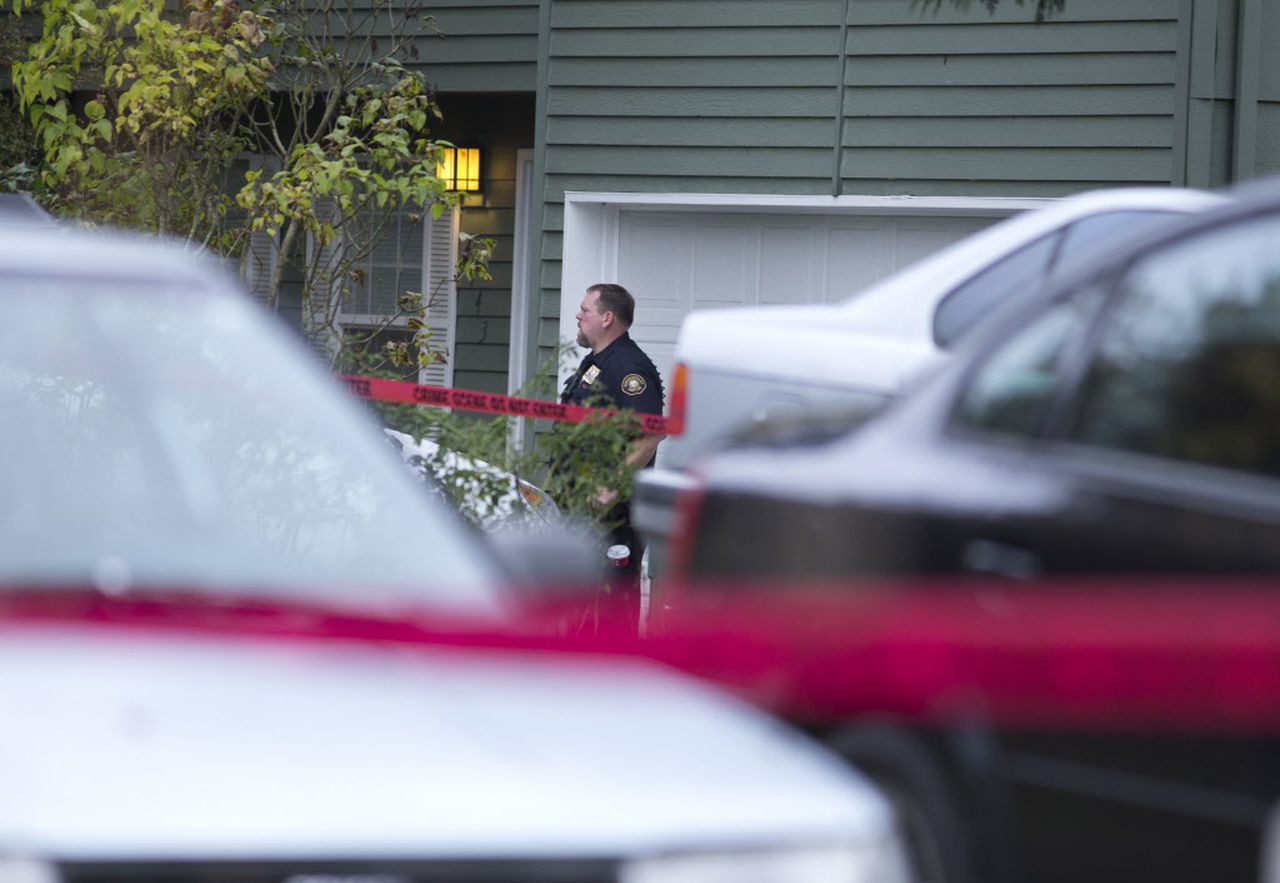 After he killed her, Ian Elias took the couple’s two daughters, then ages 7 and 8, to his home in Northeast Portland and fatally shot himself as a police tactical squad surrounded the home.

“Six and a half years ago our whole world was shattered. My beloved daughter was brutally murdered in a domestic violence situation,” Madeleine Garcelon, Nicolette’s mother said at a news conference Thursday to talk about the bill. “This should have been…It could have been prevented. Nicolette had a stalking order, and a restraining order. I sat in a courtroom as Nicolette told the judge he was dangerous, and that she was afraid.”

The Lori Jackson-Nicolette Elias Domestic Violence Survivor Protection Act bill, introduced last week, would close a loophole that allows domestic violence abusers to legally obtain weapons while a temporary restraining order has been issued against them.

Blumenthal has previously tried to pass the same change. Opponents have argued it would be unfair to curtail the possession of firearms based on a temporary restraining order that’s usually issued by a judge without the target of the order present in court.

The legislation also calls for the creation of a federal grant program to support state and local efforts to keep firearms out of the hands of domestic abusers while they are the subject of temporary or emergency restraining orders.

The bill also is named for Jackson, of Oxford, Conn., who was shot and killed in 2014 by an abusive, estranged husband after securing a temporary restraining order against him. She died the day before a hearing was set for a permanent protective order.

Wyden added, “I have always believed in the right of law-abiding citizens to own guns. Domestic abusers are not law-abiding citizens. They are cruel criminals who the United States Senate should agree should not have guns. … If my legislation had been in place in 2014, Nicolette might still be alive and raising her two daughters.”

Blumenthal said the bill, by strengthening protective orders and ensuring guns are removed from abusers, will save lives.

“When a gun is available, domestic violence is five times more likely to turn deadly for women. Closing this dangerous loophole and supporting local efforts to keep weapons out of the hands of abusers will protect domestic violence survivors,” he said in a statement.

Jackson, 32, the mother of two, fled her home with her children and moved in with her mother in Oxford. The day before the hearing was scheduled for a permanent restraining order, her husband killed her and injured her mother using a gun he legally possessed because a permanent protective order wasn’t yet in place.

“It’s hard to imagine what a family goes through when something like this happens,” said Merry Jackson, Lori Jackson’s mother. “It never goes away, it’s with you forever. But if you could save another family and kids from losing their mom, it would mean the world to me.”

The bill also would extend protections to domestic violence survivors who have been abused by dating partners.

Federal law now fails to protect survivors from armed dating partners, even though half of intimate partner homicides are committed by dating abusers, according to Ruth Glenn, president of the National Coalition Against Domestic Violence.

It would direct law enforcement agencies to ensure abusers subject to retraining orders surrender or sell any guns or ammunition in their possession, that their permits or licenses to buy a gun are revoked and that a background check is done before they get their guns and ammunition back.

“The most dangerous time with an abusive partner is when the survivor takes steps to leave, which steps often include petitioning for an ex parte protective order,” Glenn said.

Posted at OregonLive on 7-1-21 by Maxine Bernstein