Undocumented workers can now receive second round of financial assistance

by BJ
Undocumented workers, who do not qualify for unemployment or stimulus checks, can apply for a second round of relief payments through the Oregon Worker Relief Fund. 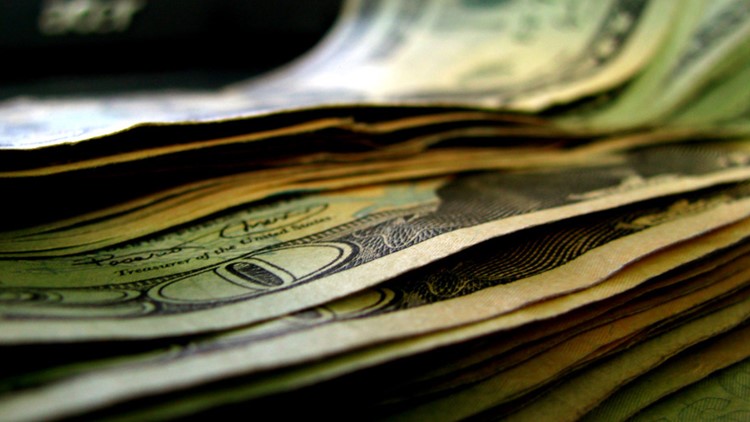 SALEM, Ore. — Throughout the pandemic, undocumented people have been ineligible for federal and state unemployment benefits and stimulus checks.

In Oregon, the absence of that support led to the creation of the Oregon Worker Relief Fund, part of a program that provides financial relief to undocumented Oregonians who have lost wages due to the pandemic.

A coalition of 100 organizations such as Farmworker Housing Development Corporation, Centro Cultural de Washington County and the Oregon Food Bank is overseeing the fund. It received $76 million from the Oregon Legislature and millions more from cities, counties and private organizations, including a recent $5.5 million contribution from Portland using some of its American Rescue Plan Act funds.

But there are an estimated 110,000 undocumented immigrants in Oregon, mostly from Mexico and Central America, according to the Migration Policy Institute.

“Our inboxes are still receiving messages from people who need help,” Francisca Garfia, a spokesperson for CAUSA, said in an email to the Statesman Journal in June. “Many are asking if we’ll be providing a second payment, resources for jobs, or any additional help as they are still working too few hours.”

As the pandemic stretches on, the relief fund will distribute second payments as many hoped.

“The rest of the population has been able to receive multiple stimulus checks. Our undocumented community has not,” Sonato said. “We definitely heard loud and clear that a one-time payment wasn’t enough and that they’d really benefit from a second round of payments.”

To qualify for the Oregon Worker Relief Fund, people must be undocumented, at least 18 years old, an Oregon resident and have lost wages and experienced hardship due to the pandemic.

The average payment from the first round was around $1,700, Sonato said. It’s need-based, using MIT’s living wage calculator to determine one month of expenses based on the number of children and working adults in a family. Payments cover about 70% of recipients’ demonstrated need, she said.

The Oregon Worker Relief program also administers a small enterprise fund for business owners who were ineligible for the Paycheck Protection Program. The program also runs a fund, temporarily closed, for agricultural workers who must quarantine for two weeks after a COVID-19 exposure.

The funds have brought relief to a population that the federal and state government has largely ignored.

Some recipients have sent messages of gratitude to CAUSA, Garcia said. Messages like: “Doy gracias a Dios y a ustedes por el labor que hacen. Dios los bendiga…Amen. (I thank God and you for the work you do. God bless you…Amen)

In Oregon, Latinos have made up 17.7% of COVID-19 cases, despite representing only 13.4% of the state’s population, a disparity attributed to being less likely to work from home and more likely to work in a high COVID-19-risk setting.

Nationwide, Latinos have also represented a higher share of job losses during the pandemic and saw their weekly earnings increase at a slower rate than workers overall during the first year of the pandemic, according to a report from the Center for American Progress.

Eighteen months into the pandemic, coalition members also saw people experiencing pandemic economic impacts much longer than the four weeks they had initially assumed in the spring of 2020, Sonato said.

The most recent monthly snapshot for the fund shows that at the time of application, 86.4% of applicants had experienced more than five weeks of hardship.

Thirty-one percent of relief recipients work in agriculture, 28% work in food service, and the rest in construction, janitorial and housekeeping, landscaping, child care and other industries, according to the fund’s most recent monthly snapshot.

The coalition is trying to reach more people to let them know about the funds and is investing in its communications strategy to connect with speakers of Indigenous languages such as Mam and Mixtec.

The program has created radio spots in Indigenous languages and brought speakers of those languages to a recent community forum on the relief fund, Sonato said.

“We’ve got a little more work to do, but definitely understanding that having Spanish isn’t enough has been a good step in the right direction,” Sonato said.

The program will also ask the Oregon Legislature to allocate another $65 million during February’s short session, as the fund is projected to run out of money by the end of the year, Sonato said.

Dora Totoian covers agricultural workers through Report for America, a program that aims to support local journalism and democracy by reporting on under-covered issues and communities.