Oregon Citizens Lobby
Empowering Oregonians by Monitoring the Legislative Process in Our State.

Portland is on its way to having more than three shootings per day. Last year amid nationwide protests, Portlanders were among some of the loudest voices shouting, “Defund the Police.” Last summer, Mayor Ted Wheeler disbanded the city’s Gun Violence Reduction team, claiming that the team excessively targeted black people. What do we have to show for it? As expected,…

END_OF_DOCUMENT_TOKEN_TO_BE_REPLACED 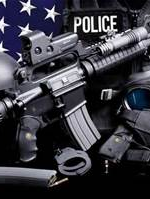